This Monday I left the house I lived in for the past 25 years and moved to a new, larger one about a kilometer west in Amsterdam. Among other amenities it sports a separate office with a phone drawer of my own design, a working dishwasher, and enough bookshelves to contain my considerable history library.

I ran this large moving project side by side with Mobilism and CSS Day for the last six months, and I’m profoundly glad that all three are now over. I’m also very tired. Anyone who tells you moving house while organising two conferences is easy hasn’t tried it recently.

Of course the house is still a mess. The living room is a glorified storage shed, the office is a mess of unconnected cables and stuff, and the bedroom functions but is full of boxes with my SF/F collection. Only the kitchen has a semblance of normality.

I’ve taken a few weeks off regular work to rest a bit and unpack my stuff. Everybody assures me it’ll take months to empty the last boxes, but I hope to be faster than that. We’ll see.

When I get back to work I’ll organise PhoneGap Day EU (24th of September) and return to my mobile CSS tests. The latter, especially, is alluring. I haven’t done any sort of research since early March, and I’m eager to get back to it. 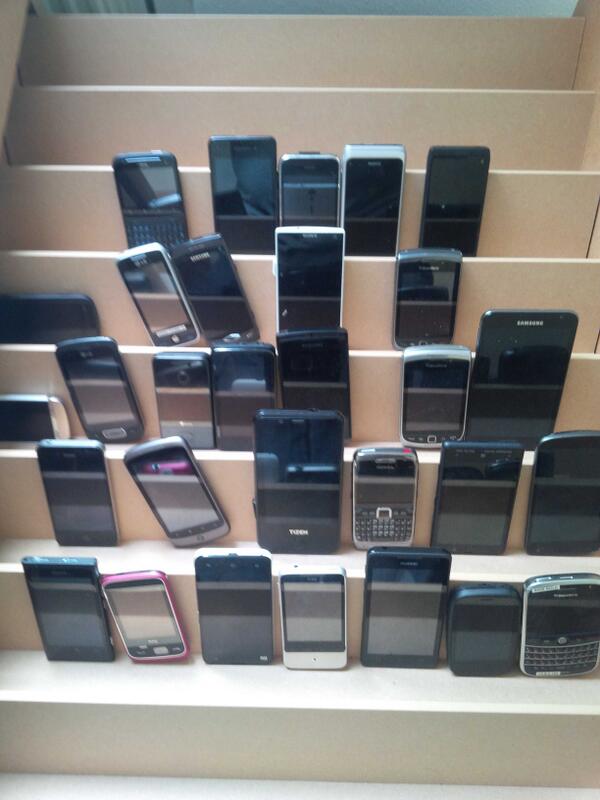 Not quite yet, though. First my office has to be in working order. I’ve designed it with large numbers of mobile phones in mind, and it sports a special drawer (see photo) as well as twelve power points for quick phone charging. Now I have to create a new network and go over every single device, update it, charge it, and generally make sure it’s ready for use.

Anyway, I’ll remain mostly offline for at least the rest of the week, and possibly for most of next week, too. I’ll be busy working in my new house.